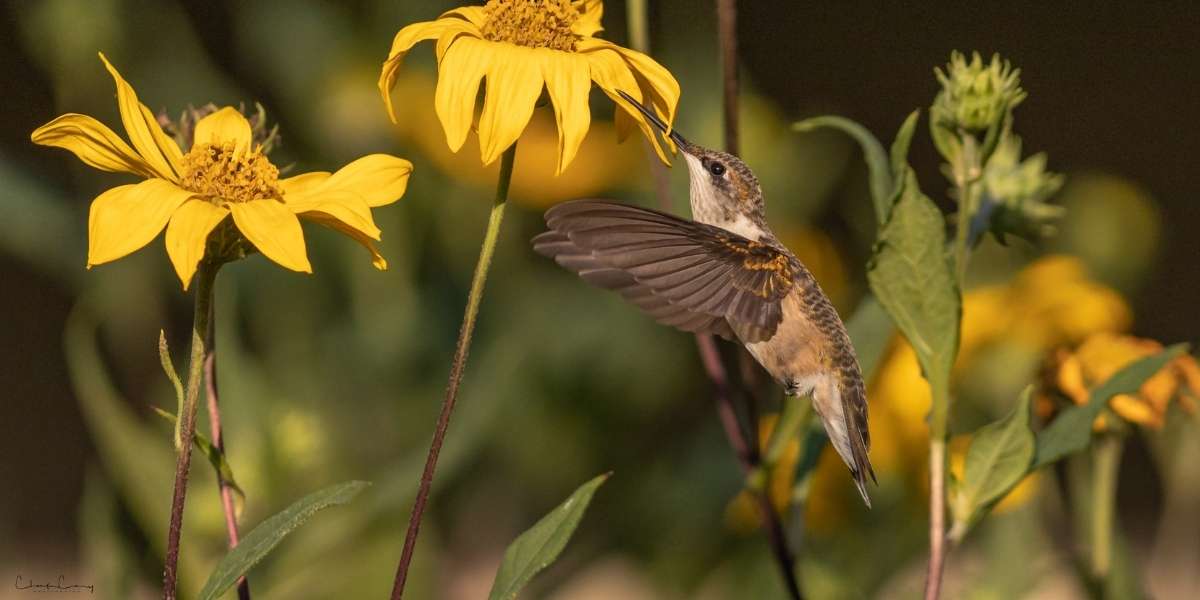 The Ruby-throated Hummingbird first arrives in the Warner Parks around early April after making an arduous journey north from Mexico and Central America. By August and September, we bid them farewell for their return south for the winter. During these peak migration seasons, the Warner Parks are buzzing with hummingbirds, fueling up at our feeders and wildflowers to prepare for their travels. Peak numbers can hit anywhere from 25-40 hummingbirds at a time– it is truly incredible to witness!

In celebration of the fall migration season, our resident BIRD Program expert Laura Cook compiled some information and incredible facts about the Ruby-throated Hummingbird. We hope you enjoy learning about these magnificent birds and feel inspired to join us at an upcoming hummingbird event!

When is the best time to put out hummingbird feeders?

August and September are the best time in Middle Tennessee to see hummingbirds at your feeders because the adults and young of the year are migrating through Tennessee on their way to Central America for the winter.

Should I have a hummingbird feeder our year-round?

Yes! While August and September are peak numbers, Ruby-throated Hummingbirds can be found in Middle Tennessee from March through October. Some hummingbirds like the Rufous Hummingbird actually spend the winter here in Tennessee!

Can you put hummingbird feeders in direct sun or do they need to be in the shade?

What is the best recipe for hummingbird feeders?

We prefer 1 part sugar to 4 parts water. You can use warm tap water to ensure the sugar is dissolved. Please do NOT use red dye as it may be harmful to hummingbirds.

Other than sugar water, what else can I do to attract hummingbirds?  Plant native plants! While hummingbirds love nectar, insects like mosquitoes, spiders, and gnats are their primary source of food and native plants support more insects. Some of our favorites are coral honeysuckle and common milkweed.

Is it okay to place hummingbird feeders near wild bird feeders?  Yes, they can be in the same area, but we prefer to separate them by several feet to give them their own space.

How big are hummingbirds? Ruby-throated Hummingbirds are among the tiniest birds in the world. They weigh just 1/8 ounce, about the same as a penny!

Who is bigger, the male or female?  Males are smaller than females and have a red throat (called gorget feathers). On average mays weigh 3.0 grams and females weigh 3.5 grams. Juvenile or hatch-year birds look very similar to adult females with emerald green backs and white-tipped tails.

Why is it important to conserve hummingbirds? Like other bird species, the Ruby-throated Hummingbird is an important pollinator and can deposit 10 times as much pollen as honeybees.

Do hummingbirds really return to the same location each year? Ruby-throated Hummingbirds can remember the exact location of safe habitats with flower gardens and feeder stations from year to year.

How can they possibly fly that far? They often double their body mass by fattening up on inspects and nectar. This fat reserve is the energy needed to make the long journey.

Do hummingbirds have predators? Hummingbird predators include outdoor cats and also, frogs, spiders, and even praying mantises.

Do male hummingbirds help to raise the young? Male Ruby-throated Hummingbirds don’t stick around long. Pairs are together long enough for courtship and mating – just a matter of days to weeks. Then he’s off on his own and may begin migration by early August. Females choose the nest location, build the nest, incubate the eggs, and feed the young until after they fledged the nest.

How many young do they have? Ruby-throated Hummingbird females usually raise 2 young at a time but here in Middle Tennessee they have can have two broods, so 4 young are raised through the summer.

How old do hummingbirds live to be? The oldest known Ruby-throated Hummingbird was a female, and at least 9 years. At Warner Park Nature Center, our oldest hummingbird was first banded in 2002. When we recaptured her in 2006, she was at least 6 years old!

What is banding and why do it?  We carefully capture and take measurements such as weight and also wing, tail, and bill length. We then place a small uniquely numbered band on the hummingbird’s leg. When that bird is recaptured, we can learn its age and migration movements, and it helps to inform scientists how the overall populations are doing.