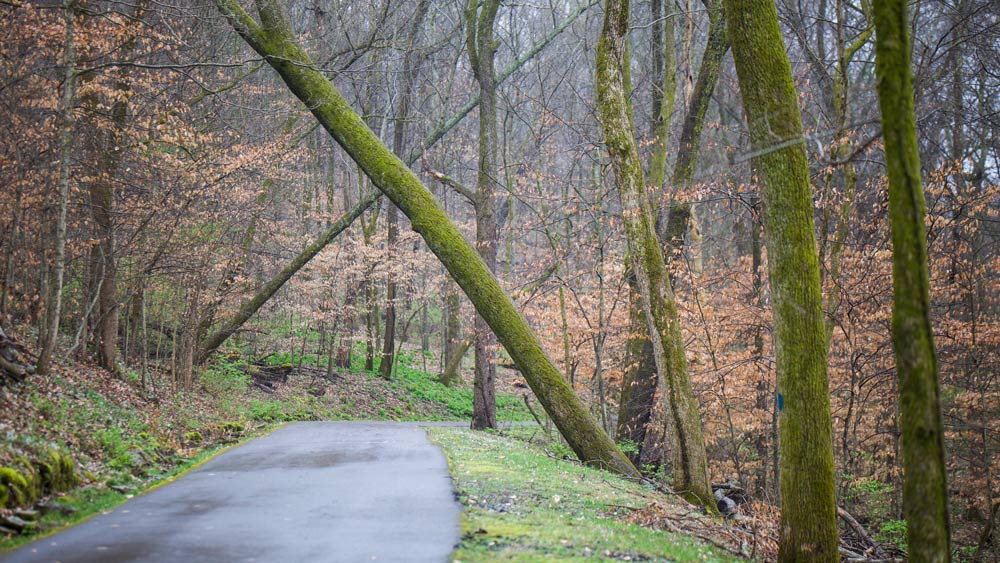 At the commencement of fall, Metro Parks and Recreation announced Phase One of plans to remove ash trees infected with the Emerald Ash Borer (EAB) across Metro Parks’ properties, including Percy and Edwin Warner Parks.

“Emerald Ash Borer is a metallic green beetle originally from northeastern Asia. It was accidentally introduced into North America in 2002. It is believed to have arrived in wooden packing materials used in shipping cargo. For the last two decades, EAB has killed tens of millions of ash trees in 30 U.S. states and Canada, and in 2014, it was first detected in Davidson County. All three species of ash native to the Nashville area serve as hosts for this invasive insect…. The mortality rate for all native ash is near 100 percent within ten years from the time of infestation.”

Data from our latest Warner Parks Forest Inventory Report shows that ash trees compose 15% of the Warner Parks Canopy. With the irreversible threat of EAB, our Warner Parks will lose over 3,600 ash trees in the next 5 years.

We urge park users to be aware of the dangers of infested ash trees and to exercise caution when passing damaged or broken trees, especially during high winds.

Detecting the presence and damage of EAB is often very challenging, and signs of damage may not be visible for up to three years after infestation. All ash trees in Percy and Edwin Warner Parks are marked with a blue blaze to aid in their identification and promote awareness of EAB.

Signs of infected trees include excessive branching on the tree trunk, yellow or wilted foliage, d-shaped beetle exit holes, and woodpecker damage on the trunk and branches.

The loss of nearly 15% of our urban forest canopy is sure to impact the integrity of our landscape and biodiversity of our forest. Through our Marianne and Charles Leach Tree Trust, we are committed to replenishing our forest through the planting of native trees, shrubs, and seedlings throughout the Park, particularly in open canopy areas where we have lost ash trees.

In the past year, we have planted over 4,000 native trees and seedlings in the Warner Parks, many designated by blue tubes for seedling protection in the early stages of planting. We continue to monitor the loss of ash trees through our forest management plan and partnership with The Nature Conservancy in Tennessee.