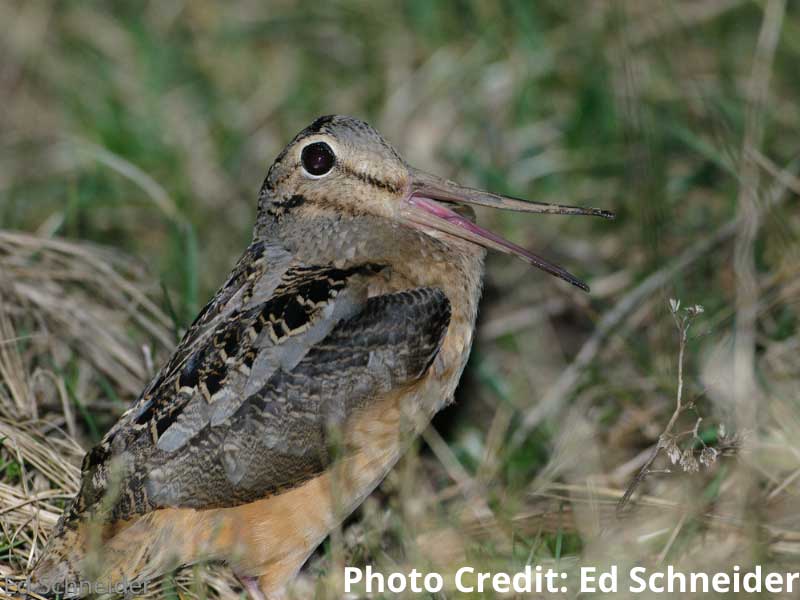 The elusive woodcock is not often seen in the fields of Warner Parks, but it is heard right around Valentine’s Day every year. You’ll have to visit a most complex *ecotone in the Parks – the edge where the shorter, mowed grass meets the higher field weeds, ideally at dusk during a 45 degree drizzly rain, no less – and you just might experience the skydance of the American Woodcock. In case that’s too much to muster, you can also click here to view the spectacle.

Here are a few fast facts about the American Woodcock:

Though not known as the lovebird, it just so happens the Woodcock courtship display takes places on and around Valentine’s Day in middle Tennessee each year. Love is in the air!‍