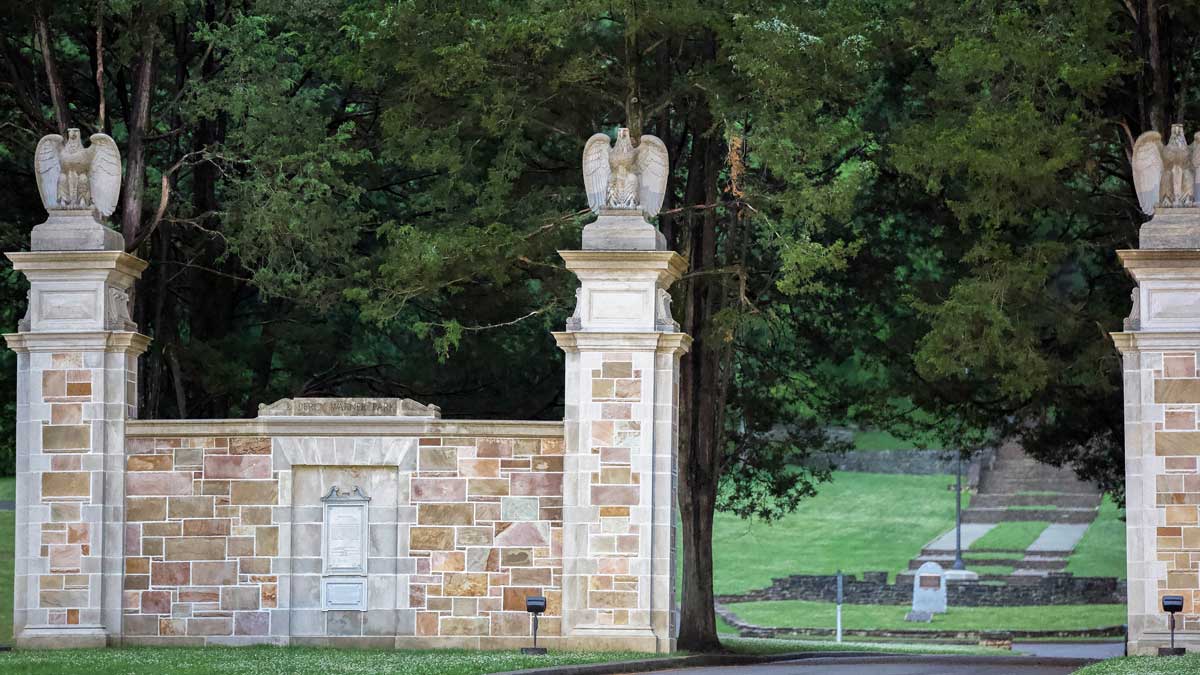 Following the recent restoration of the Percy Warner Park memorial sandstone entrance, and the Bryant Fleming “front steps” limestone Allee, Friends of Warner Parks (FOWP) will be funding additional improvements for this significant and popular entry to the Warner Parks. FOWP is working in partnership with the Metropolitan Board of Parks and Recreation on the projects.

Improvements will replace an area that has become an eyesore due to compaction, erosion, exposed roots, and mud. The location of the improvement projects will be just inside and on the right of the memorial sandstone entrance, and in the median between the asphalt entrance and exit drives.

The improvements will include the installation of a sandstone plaza, (22 feet by 25 feet); two stone benches; an orientation map & interpretive sign mounted on a stone base; a drinking fountain with a bottle filler, along with a separate pet fountain; attractive trash receptacles; extensions to the original stone sidewalks; landscape plantings; and soil decompaction and arboriculture enhancements for the health of the existing Eastern Red Cedar trees.

Percy Warner Park will remain open to the public during construction. To ensure public safety construction fencing will be installed starting the week of September 12th. A few parking spaces will be impacted and temporarily unavailable for use while the project is underway. The entire construction project is expected to last approximately 6 weeks.

This park improvement project is made possible by a donation in memory of Eugenia and William Cammack.