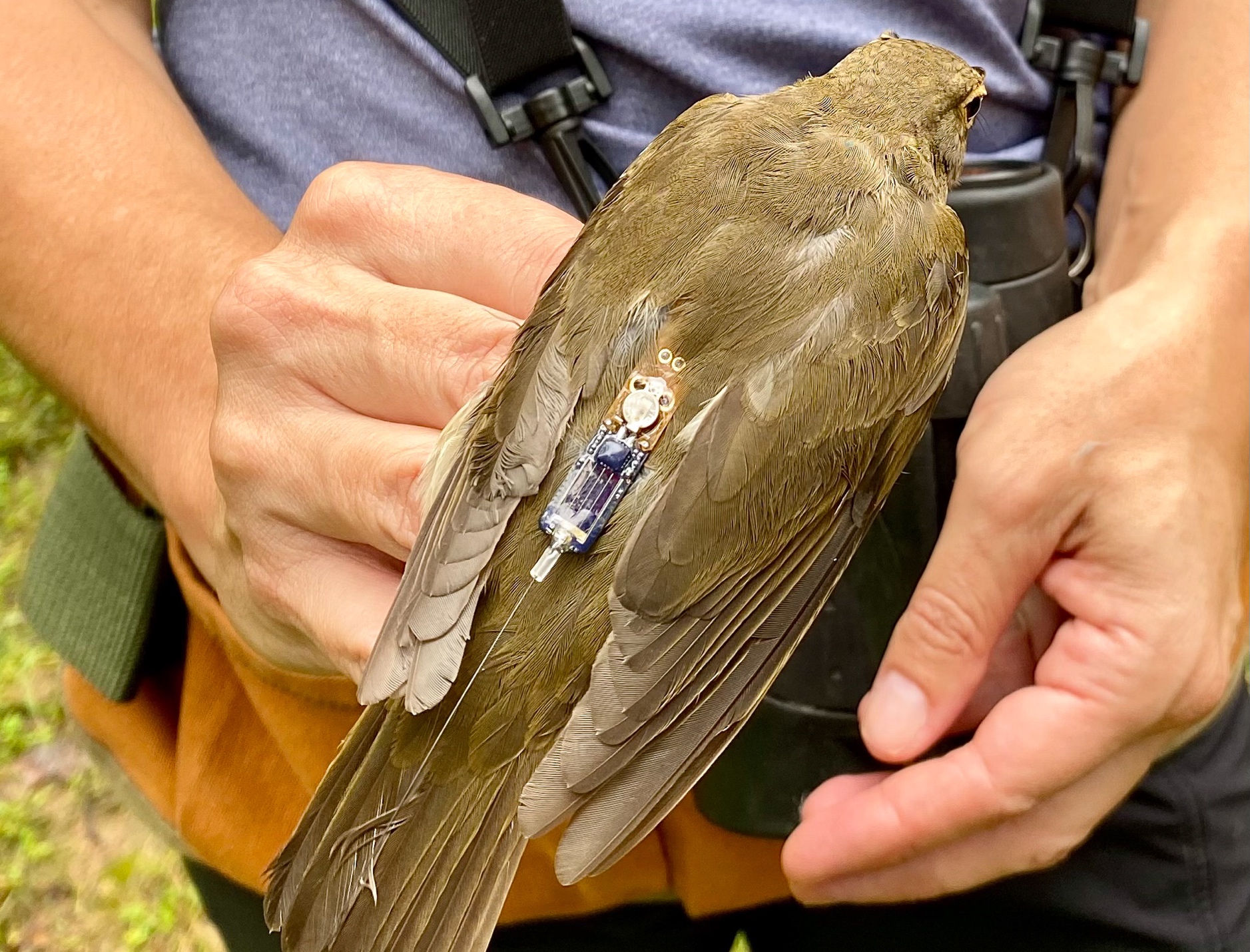 The BIRD Research Program at the Warner Park Nature Center (WPNC) in Nashville banded and radio-tagged a Swainson’s Thrush on September 21st, 2021. Just three weeks later, on October 12th, the same bird was detected by a receiver station at Finca Cántaros Environmental Association in southern Costa Rica. This is the first foreign detection in the 40-year history of the banding station and the first detection for their Motus bird migration study. The WPNC BIRD Research Program provides evidence that the Warner Parks, with relatively intact forests close to an urban center, is an important habitat for migratory, wintering, and breeding birds.

The Thrush, tagged with Hybrid Life Tag #34341961, remained in the Warner Parks for seven consecutive days, along with other migratory thrushes radio-tagged at WPNC, fattening up on insects, caterpillars, and native fruits in preparation for its long journey south. Fifteen days after departing Warner Parks, the bird arrived in Costa Rica at 1:30am CST, using Finca Cántaros as a migratory corridor on its way to wintering grounds in northern South America.

The Motus network is an international collaborative research network that uses coordinated automated radio telemetry to study movements of small animals. In July 2020, the WPNC began contributing to this network by installing the first ever dual-frequency receiver station in Tennessee. To date, the BIRD Program has placed 32 radio-transmitters on 3 species of migratory birds. Until recently, transmitters had very short battery-life and were far too heavy to put on small songbirds. With new cutting-edge technology, federally permitted WPNC researchers can now fit lightweight solar powered radio-transmitters on birds, and that signal can be detected by receiver stations all over the world through the Motus network.